Ben Barron, along with his family farms over 200 ha at Leitfie Farms, near Alyth in Perthshire.  Leitfie is a mixed arable and beef unit, growing grass for livestock plus barley, wheat, oats, beans and oilseed rape, with the intention of trying linseed in 2020.  The rotation at Leitfie will be a diverse 7 crop 9-year rotation with 3 break crops.

Find out more about Leitfie from host farmer, Ben Barron, in the video below.

Ben has moved to direct drilling and is now in his fourth season using this system and has learned a lot of lessons on the way but is now seeing increased numbers of earthworms and soil structure is gradually improving.  Direct drilling is One of the main aims Ben has is to keep something growing in the ground at all times. To achieve this Ben is looking at the following:

Ben is also altering his cropping rotation to introduce more crop diversity, moving from a predominately cereal rotation to one with more break crops having recently introduced oilseed rape and winter beans to the rotation and is now trying winter peas.  Challenges so far have been the sourcing of seed for winter beans and winter peas and also finding market outlets.

The role of livestock

Another idea Ben is looking at is to have livestock grazing around the entire farm at some point in the year to put some biology back into the soil.  One option is to direct drill autumn-sown crops earlier than we would under a plough based system and then graze the more advanced crops sometime between late autumn and spring to hold the crops back, remove diseased leaf material and provide a small amount of dung as well as stimulating soil mineralisation through the trampling effect.
Likewise, grazing of cover crops or crop residues with an understory of clover after harvest could take place.  The main challenge here is to have the infrastructure of fences and water troughs in place on an arable farm to enable this to take place easily.

Ben's hope for the Soil Regenerative Farming Group is to work together to find a practical farming system for Scotland which is sustainable in the long term as well as resilient both in terms of finances and changing weather conditions (extreme wet to extremely dry conditions).
Going forward Ben plans to look into the nutritional side of regenerative farming in more detail using foliar feeds of major elements as well as trace elements to ensure the plants have everything they need to remain healthy.
Ben wants to see how far fertiliser and chemical use can be reduced whilst also measuring and monitoring the effects of this new strategy and says “It's going to be quite a challenge and we will need both Government and research behind us!” It is a busy time of year for Ben Baron at Leitfie Farms, with harvest well under way. Below are a few observations from Leitfie from August 2022. 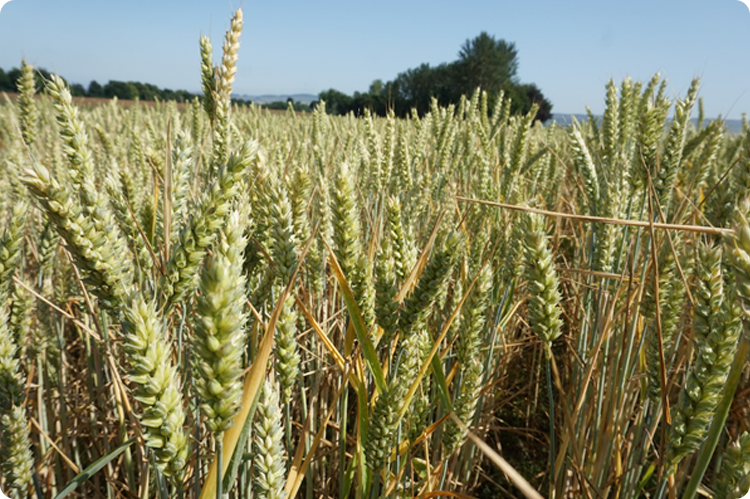 For the 2021 season, Ben has continued to reduce his fungicide and fertiliser use. He has also mixed crop varieties again to aid disease management.  This is the latest update from Leitfie farm taken on 21st July 2021. At Leitfie Farms, Ben has had a busy season with a number of on-farm trials. He is currently waiting to see how his crops have performed and harvest is just around the corner! Below are a few observations from August 2020, including variety and species choices, reducing fertilisers, maximising fallow and managing weeds.

At Leitfie Farms, Ben continues to trial crop mixtures and experiment with inputs. His ultimate aim is to increase soil biodiversity, reduce inputs and create a truly sustainable farming system. Below are a few observations from May 2020 including, beans looking a little thin whilst spring oats are looking fantastic and wildlife is everywhere!